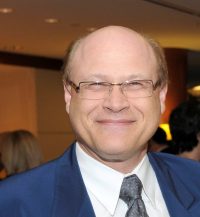 Dr. Falcone received his medical degree from McGill University School of Medicine in Montreal, Quebec, Canada. While at McGill, he went on to complete a residency in obstetrics and gynecology and a fellowship in reproductive endocrinology.

He is certified by the American Board of Obstetrics and Gynecology in general obstetrics and gynecology, as well as Reproductive Endocrinology. He is also certified by the Royal College of Physicians and Surgeons of Canada and the Royal College of Obstetricians and Gynecologists (UK ad eundem).
Dr. Falcone was appointed Chair of the department of obstetrics & Gynecology in 2001 and subsequently Chair of the Women’s health institute in 2008 to 2018. He was a member of the board of governors of Cleveland Clinic between 2006-2013, member of the Executive Team (ET) from 2007-2010. He served as Vice Chairman of Professional Staff Affairs, Cleveland Clinic from 2007-2014.

Dr. Falcone has published more than 500 original manuscripts, abstracts, and book chapters. He is co-editor of 8 books including a textbook on Clinical Reproductive Medicine and Surgery (Springer third edition 2017); Operative Techniques in Gynecologic Surgery (Wolters Kluwer 2017).