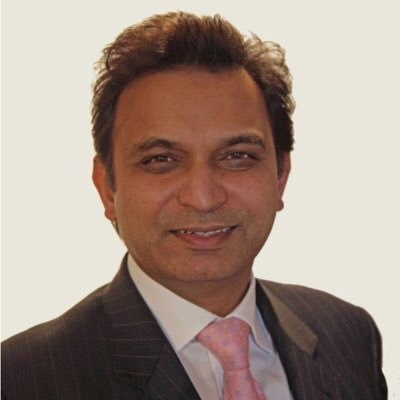 Professor Prokar Dasgupta, Professor of Surgery at King’s Health Partners is a clinician-scientist, pioneering robotic surgeon and King James IV Professor. He is Chair of The Centre for Robotics at The London Clinic, the first private institution in the UK to introduce this technology. He became the first Professor of Robotic Surgery and Urological Innovation at King’s College London and subsequently the Chairman of the King’s-Vattikuti Institute of Robotic Surgery.

As a leading educationist he published the first international trial of surgical simulation for patient safety. In 2010 and 2018 he was named one of the top ten prostate cancer surgeons in the UK.

His main research interest is in the immunology of prostate cancer. He is also credited with describing an innovative method of injecting Botulinum toxin (Botox) to target bladder nerves, a method which has been named after him and helped millions of patients worldwide.

He was awarded the Fellowship of King’s College (FKC) and the St Peter’s medal, the highest award British Association of Urological Surgeons.

In 2020 he completed nearly a decade as Editor-in-Chief of a 90-year old journal, the British Journal of Urology International (BJUI) after transforming it into one of the most read surgical journals on the web.