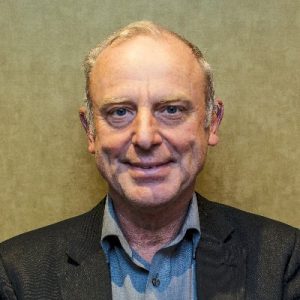 Professor Karol Sikora is a world-respected oncologist and campaigner for better universal cancer treatment. He studied medical science and biochemistry at Cambridge where he was awarded a double first. He created Proton Partners International in 2015 to bring the first precision proton beam to the UK in 2018. Now called Rutherford Health it is a pioneering precision cancer treatment in the UK and internationally.

Previously he launched Cancer Partners UK, Britain’s largest independent network of ten innovative cancer treatment centres in 2009. Prior to this, he was Clinical Director and Chairman of the Department of Cancer Medicine at Imperial College Healthcare at Hammersmith and Charing Cross Hospitals in West London.

Building on his experience as Chief of the World Health Organisation’s Cancer Programme, he has also formed Cancer Partners International, which builds more affordable cancer centres in the developing world. He is a Fellow of Corpus Christi College, Cambridge, and Founding Dean and Professor of Medicine at the University of Buckingham, Britain’s first independent medical school.  He writes and lectures regularly on the use of biomarkers and surrogate endpoints by using molecular diagnostics to personalise therapy.